In May, Andrea Bocskor and Edina Tóth, Fidesz MEPs addressed a written question to Virginijus Sinkevicius, Commissioner for the Environment, Oceans and Fisheries on cross-border waste pollution on the Tisza river, highlighting the shortcomings in Ukraine. In his reply, the Commissioner explained that the issue of waste and water management is the core element of the bilateral cooperation with Ukraine. He stressed the need to approximate Ukrainian legislation with the EU Water Framework Directive and the Waste Framework Directive.

In their written question, the Fidesz MEPs pointed out that waste management on the Ukrainian section of the Tisza is of an inadequate standard. The garbage accumulated due to Ukrainian omissions mainly affects the Szabolcs-Szatmár-Bereg county in Hungary with the waste and flood waves. The cross-border problem also affects Slovakia, Romania and Serbia, as well as the hydro-ecology of the Danube and the Black Sea, therefore Ukraine needs EU assistance as soon as possible. Among other things, MEP Andrea Bocskor and Edina Tóth asked the European Commission to answer which exact programs and concrete steps has the EU taken to eliminate this cross-border pollution affecting EU Member States.

According to MEP Edina Tóth, it is extremely worrying that the Ukrainian authorities cannot prevent the flooded Tisza from transporting waste from the Ukrainian costal landfills to Hungary. “The fact that the waste issue in Ukraine and Romania has now become an international problem is primarily a consequence of inadequate waste management. Hungary, of course, makes sure that our rivers are not polluted. However, certain regulatory shortcomings and non-compliance with the rules in Ukraine prevent this, which is why Hungary has also contacted Ukraine at ministerial level, offering its assistance,” emphasized MEP Tóth. 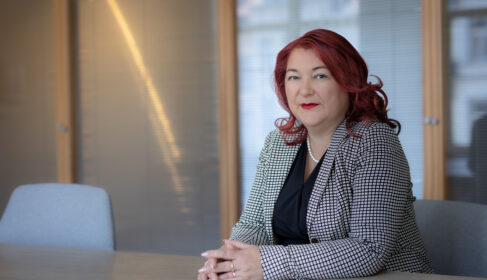 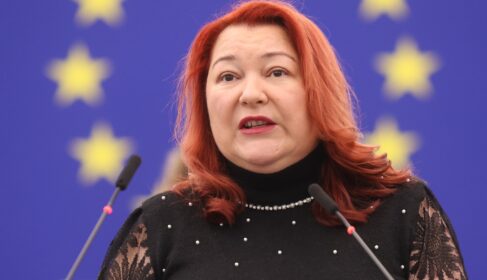 In his response, Commissioner Sinkevicius explained that the EU had offered assistance to Ukraine to build legislations preventing waste prevention and supporting recycling- including the development of a National Waste Management Strategy until 2030, and will take concrete steps to promote sound waste management, proper waste prevention and recycling in Ukraine as widely as possible.

“Despite the support given to Ukraine and the ongoing dialogue with the EU, environmental awareness and waste management still show major shortcomings in Ukraine. It is very important that the assistance provided to Ukraine focus on real solutions: the aid to be used efficiently, purposefully and proportionately, so that Transcarpathia can also benefit from it. In this way, the region can become a touristically attractive, sustainable and successful region in line with its natural and geographical features,” reacted MEP Andrea Bocskor to the Commissioner’s response.

Background: The Commission has consulted with Ukraine in the framework of a targeted dialogue on environmental issues in the framework of the European Green Agreement, the Association Agreement and the Eastern Partnership. In the  field of water, Ukraine was eligible for support under the EU Water Initiative for the Eastern Partnership (EUR 23.5 million), which helped partner countries to align their legislation with EU water standards. This support will continue in the form of an environmental project called “EU4Environment program in the Eastern Partnership countries – Water Resources and Environmental Data”. Furthermore, Ukraine’s rapprochement with the Green Deal will contribute to strengthening action to reduce pollution in the future.